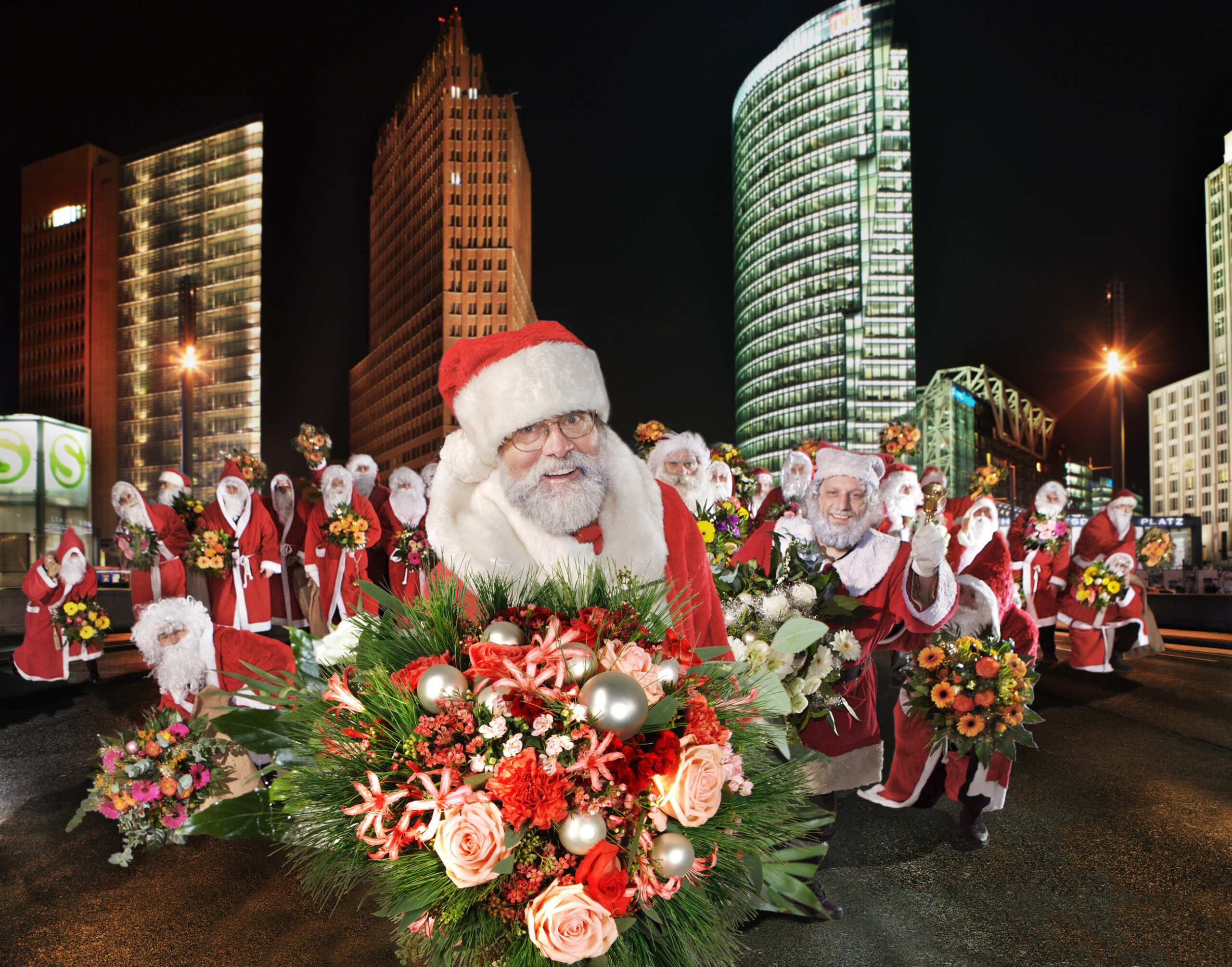 In more than 20 years of PR experience, we already implemented one or the other crazy campaign. Wild campaigns, crazy ideas – think big! But during the Christmas season, ZUCKER. also gets quite cheerful. Presents, mulled wine and cosiness, that’s what we love. Our customers are also into the Christmas feeling and carried out various Christmas campaigns together with us. Those of you who are still not in the cheerful mood for Christmas Eve, just read on and mentally embark on a wintery journey chasing Santa’s sleigh, from the Caribbean to Colorado to Ku’damm. Get out the biscuits, now it’s getting cosy!

Have you ever thought about if, when, how and where Santa Claus actually takes a holiday? He always has very pleasant working hours: once a year for, let’s say, two weeks of power work, then an extended break. Now imagine if Santa was to simply take a holiday during these two weeks in December. Scandalous! That’s exactly the message we spread in 2013 on behalf of the Curaçao Tourist Board and put Santa on the next plane to the Caribbean. The red coat and black boots were exchanged for slippers and a Hawaiian shirt. Instead of travelling the world in a sleigh towed by his reindeers and handing out presents, Santa took a little time out on Curaçao this year. The only thing snow-white here was the beach or his belly. While Santa was having fun on the beach, the message terrified its addressees. No presents? Don’t panic, Santa surely has a holiday replacement. Or did anyone here not receive any presents in 2013?

From the Caribbean it is only a stone’s throw – or shall we say snowball throw? – to the USA. Colorado is known, among other things, for its ski paradise Aspen. Snow, mountains, rustic lounges, cosy blankets, steaming hot drinks, animated conversations: this is how we imagine Christmas holidays in North America’s most famous ski resort. Aspen is also one of the richest cities in the USA, even in the whole world. Here, cosiness is combined with luxury. But we can do at least as well in Germany! In 2011, we brought the Aspen lounge feeling to North Rhine-Westphalia for our client, the Flower Council Holland. We drove around a cosy showroom van, bringing the American luxury winter feeling to the German streets. We decorated the van with amaryllis arrangements, which, as the flowers of winter, spread warmth and cosiness and also look glamorously beautiful. For fourteen days, the Amaryllis Truck toured through North Rhine-Westphalia, visiting various florists who each contributed to the floral arrangements. Manfred Hoffmann, creative director at the Fachverband Deutscher Floristen (Association of German Florists), also contributed to the lush Amaryllis décor of the mobile showroom and provided the Aspen lounge ambience in the interior design. The tour of the Amaryllis truck was announced via radio, posters and flyers. The feedback from the visitors was extremely positive: they were enthusiastic about the various possibilities of decorating with amaryllis.

A similar campaign took place the year before. Instead of the mobile location, the flowers were presented in an Amaryllis pop-up shop in Berlin. In addition to Christmas floral arrangements, the 900 or so visitors were able to enjoy hair and make-up events, performances by magicians, massages, and a live music performance. That’s how the atmosphere gets going! Can you see for yourselves?

Home of Christmas – Santa on Ku’damm

It’s beginning to look a lot like Christmas… Berlin’s Ku’damm is the place to be during the Christmas season. The luxury shopping mile has a lot to offer in terms of places to buy Christmas presents. In 2018, we added the first German Amazon pop-up shop #homeofchristmas to the range. This is where wishes come true: in Santa’s second location, just like at the North Pole, many helpers among which celebrities, influencers and journalists worked diligently to tick off the wish lists and find the right gift for each visitor. In a festive holiday atmosphere with workshops, concerts and readings, the guests were able to get to know and marvel at the latest products from the range of our customer Amazon.de. That’s what we call Christmas shopping deluxe!

Santa Claus all over town

We once wanted to communicate for the Fleurop company service that a fresh bouquet of flowers is a nice Christmas present at the end of the year for customers, partners and service providers. To visualise that Santa can be on the road not only with a sack full of presents, but also with wonderfully colourful bouquets of flowers, we sent an entire Santa Claus army onto the streets.  An experience you won’t forget in a hurry… Who has ever seen so many Santas at once?

After the party is before the party. The new year brings not only great resolutions à la healthy eating and sporty lifestyle, but also new green friends in the form of indoor plants. The fir tree gives way to monstera and co. Where the previously colourfully decorated, enriching Christmas tree stood, there should be no emptiness in the living room, or so we thought in 2012 together with the Flower Council of Holland or their initiative Pflanzenfreude.de. We needed to find a suitable replacement, and fast. If you miss your little tree on the first day after moving out, you will find great alternatives in a yucca palm, dragon tree, window leaf or strelitzia, for example, which provide at least as much cosiness and style in the interior design. New year, new me? New year, new tree!

We hope that by now even the last of you have got that Christmas feeling. We’ve run out of biscuits, we’re cuddling up on the sofa and looking forward to the holidays. Happy Holidays!

Credits of the main picture: foto-di-matti.com